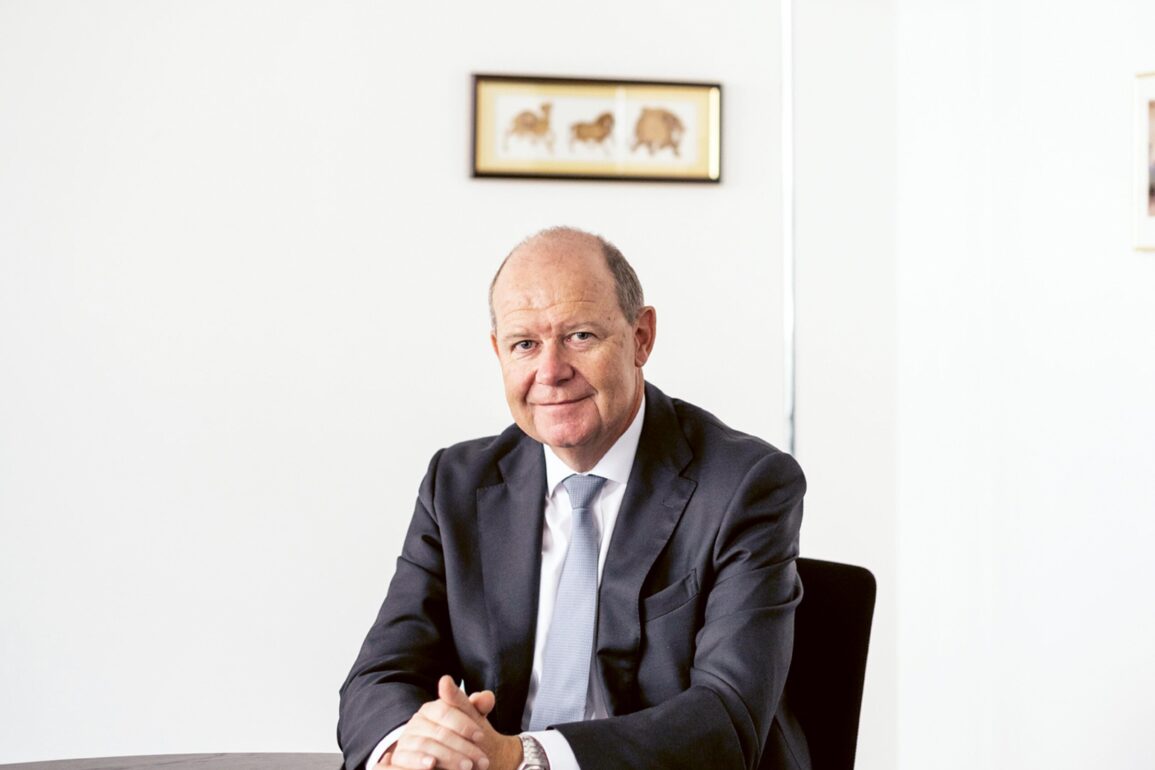 Stepping into the world of work poses chal­len­ges for young people – but if they don’t manage to make the leap, it can have a long-term impact on their life. Valen­tin Vogt, Presi­dent of the Swiss Employ­ers Confe­de­ra­tion, is hoping to combat youth unem­ploy­ment through Check Your Chance.

The Philanthropist: Why have you got invol­ved with the issue of youth unem­ploy­ment specifically?

Valen­tin Vogt: Switzerland’s labour market is home to various pockets of untap­ped poten­tial: older people, women and young people. It’s a shame that we’re not making full use of them, given that there’s both an econo­mic and an emotio­nal aspect to consider.

And this is parti­cu­larly true for young people?

If an older person doesn’t manage to return to work, that’s not ideal. But for a young person, it’s cata­stro­phic. If they cannot enter the world of work aged 20, they will gene­rally spend their entire working life on the frin­ges of existence, unable even to build up a pension. As a result, this often sets them on a path that inevi­ta­bly leads towards state benefits.

And that’s why you’re working to combat youth unemployment.

Yes. It’s really impres­sive how little it takes, in many cases, to bring young people back onto the strai­ght and narrow.

In terms of what you do with Check Your Chance, how did you come up with the initiative?

There was already an array of local asso­cia­ti­ons and chari­ties working to combat youth unem­ploy­ment. In 2008/9, when youth unem­ploy­ment was last at a very high level in Switz­er­land, Credit Suisse laun­ched an initia­tive that offe­red direct support to all these asso­cia­ti­ons and chari­ties. Howe­ver, it quickly became clear that there was no umbrella orga­ni­sa­tion. As a result, Check Your Chance was desi­gned to be the first natio­nal umbrella orga­ni­sa­tion to combat youth unem­ploy­ment. In 2014, Credit Suisse asked me if I would like to be its presi­dent, and I said ‘yes’ without a moment’s hesi­ta­tion. The Check Your Chance charity has been inde­pen­dent since 2015, but it still recei­ves finan­cial support from Credit Suisse, and we’re enor­mously grate­ful for that, of course.

Check Your Chance func­tions as the umbrella orga­ni­sa­tion, and the indi­vi­dual asso­cia­ti­ons conti­nue to act inde­pendently. Can you give us an example of how they work?

So, what does Check Your Chance do?

We do ever­ything that indi­vi­dual asso­cia­ti­ons wouldn’t be able to, but that nevertheless needs to be done to prevent youth unem­ploy­ment and assist with the inte­gra­tion of unem­ployed young people. For example, we’ve conclu­ded a public-private part­nership agree­ment with SECO. For every franc of private funds that we and our members collect, we receive an addi­tio­nal 50 cents from SECO. As an umbrella asso­cia­tion, howe­ver, we do not operate our own support services.

How is Check Your Chance funded?

Eight. But we’re not a closed shop, as it were. Other chari­ta­ble orga­ni­sa­ti­ons that iden­tify with our ideas and are willing to work with us are welcome to join us, and we’d be happy to accept them, follo­wing an appro­priate assessment.

You write that 81 percent of programme-leavers were success­ful in 2019. How do you measure success?

We regard it as a success if a graduate has not regi­stered for unem­ploy­ment bene­fit one year after comple­ting the programme.

This year, young people are facing a unique chal­lenge due to the coro­na­vi­rus crisis…

… and at the start of the crisis, we were worried that the appren­ti­ce­ship market might collapse. That hasn’t happened, and in fact, this year, compa­nies have conclu­ded just as many appren­ti­ce­ship contracts as they did last year.

So does that mean coro­na­vi­rus hasn’t had any impact whatsoever?

No, it has. During lock­down, contact between people looking for appren­ti­ce­ships and compa­nies offe­ring them was very limi­ted. But things have now retur­ned to normal, to some extent. We’ll see how things deve­lop, but I don’t think we’ve quite reached the end of the tunnel yet.

As the Presi­dent of the Swiss Employ­ers Confe­de­ra­tion, I have both direct and indi­rect insight into many of these compa­nies. Lots of compa­nies are concer­ned to see that turno­ver is substan­ti­ally lower than in the previous year, 30 to 40 percent for some, and in some cases even more. No company can survive a drop of this scale without rest­ruc­tu­ring. Compa­nies will have to respond, other­wise their very survi­val will be at risk. In the past, we’ve seen that short-time working and unem­ploy­ment bene­fit can help us get through a crisis like this. In Switz­er­land, we have over­ar­ching condi­ti­ons that enable compa­nies to take steps without putting the live­li­hoods of the employees in question at risk.

What does that mean for young people specifically?

How have you respon­ded to the crisis so you can help young people?

We’d been working on an emer­gency plan even before coro­na­vi­rus hit. We’d held discus­sions with SECO, talking about what we would do if youth unem­ploy­ment were to start skyrocke­ting – and that’s exactly what happened with coro­na­vi­rus. Now, Check Your Chance’s members are recei­ving addi­tio­nal funding from SECO, limi­ted to a period of 18 months. These supple­men­tary funds enable us to help and assist 3,800 more young people. At present, we are prima­rily focu­sing on the tran­si­tion from school to the labour market. In addi­tion, at SECO, we’re working to ensure that employ­ers can hire their appren­ti­ce­ship gradua­tes and still receive compen­sa­tion for short-time working, despite short-time working regu­la­ti­ons. After all, employ­ers making use of the short-time working programme are not allo­wed to hire new employees, but for young people, it is now more important than ever that they can step into a profes­sio­nal role after gradua­tion, without being at risk of beco­m­ing unemployed.

ʽYoung people are our future, in every respectʼ

Valen­tin Vogt, chair of the board of the umbrella orga­ni­sa­tion Check Your Chance

Our asso­cia­ti­ons have regio­nal bases and are well-known in their local areas. In addi­tion, there is a natio­nal helpline: GO4JOB.

The helpline works by tria­ging callers, aiming to point them in the right direc­tion. This could be a Check Your Chance asso­cia­tion or anot­her body, but the important thing is that young people get help quickly and easily.

Has this work changed?

How many unem­ployed young people are we talking about?

The statis­tics from the RAV, or regio­nal unem­ploy­ment centres, measure unem­ploy­ment. In July 2020, 17,895 young people were regi­stered with the RAV. By contrast, whether or not people are earning money is measu­red via tele­phone inter­views. In this instance, for example, we’re talking about people who live with their parents, don’t have a job, and aren’t regi­stered with the RAV. In normal times, we assume that there are 50,000 or so young people who don’t have an income. At present, this figure is around 70,000, inclu­ding about 18,000 unem­ployed young people.

Young men are affec­ted by unem­ploy­ment more than women. Do you know why that’s the case?

This is a major chal­lenge. Thirty years ago, the majo­rity of people taking their ‘Matura’ bacca­lau­rea­tes, and the majo­rity of the very good students, were male. This situa­tion has chan­ged consi­der­ably, and one reason could be that schools are stron­gly shaped by a female value system. This is connec­ted to role models: more than 80 percent of teachers in lower and middle schools are female. In this case, we need to see better gender distri­bu­tion within the teaching profes­sion. After all, young men simply work in a diffe­rent way, with their educa­tio­nal and profes­sio­nal deve­lo­p­ment tending to occur a little later.

Do young people have a parti­cu­larly hard time on the labour market?

I don’t think so. Young people do have less expe­ri­ence than older employees. That said, they have diffe­rent requi­re­ments and contri­bute diffe­rent ideas, too, even just in terms of digi­ti­sa­tion. Check Your Chance helps young people find their way into the labour market.

What does it mean for our society if young people aren’t in work?

Young people are our future, in every respect. If we don’t make the most of their poten­tial, it’s not just young people who have missed out on oppor­tu­nities, but society, too.

Why is this so important for society?

What do you hope Check Your Chance will achieve?

I hope young people will come to appre­ciate the value of work more. Lots of young people see work as being prima­rily a way to earn money so they can live inde­pendently. But work is much more than that: work provi­des struc­ture, work offers satis­fac­tion and moti­va­tion, work faci­li­ta­tes 60 percent of rela­ti­ons­hips between men and women. A life without work would be very boring, and I would like every young person to be able to reco­gnise that. Plus, I would like every young person to have a great start to their career – and that’s what we want to do with Check Your Chance. 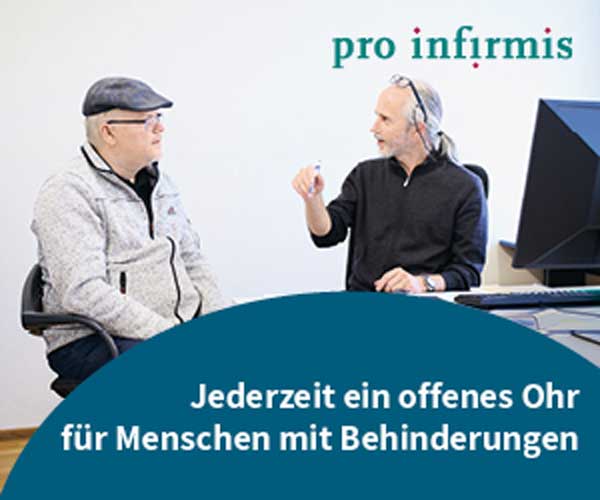 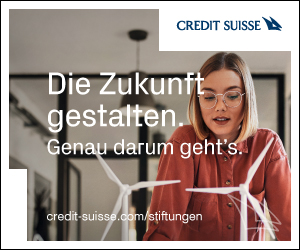 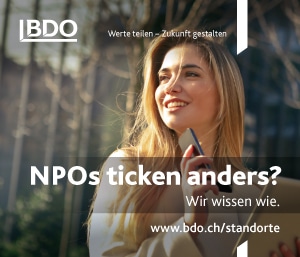