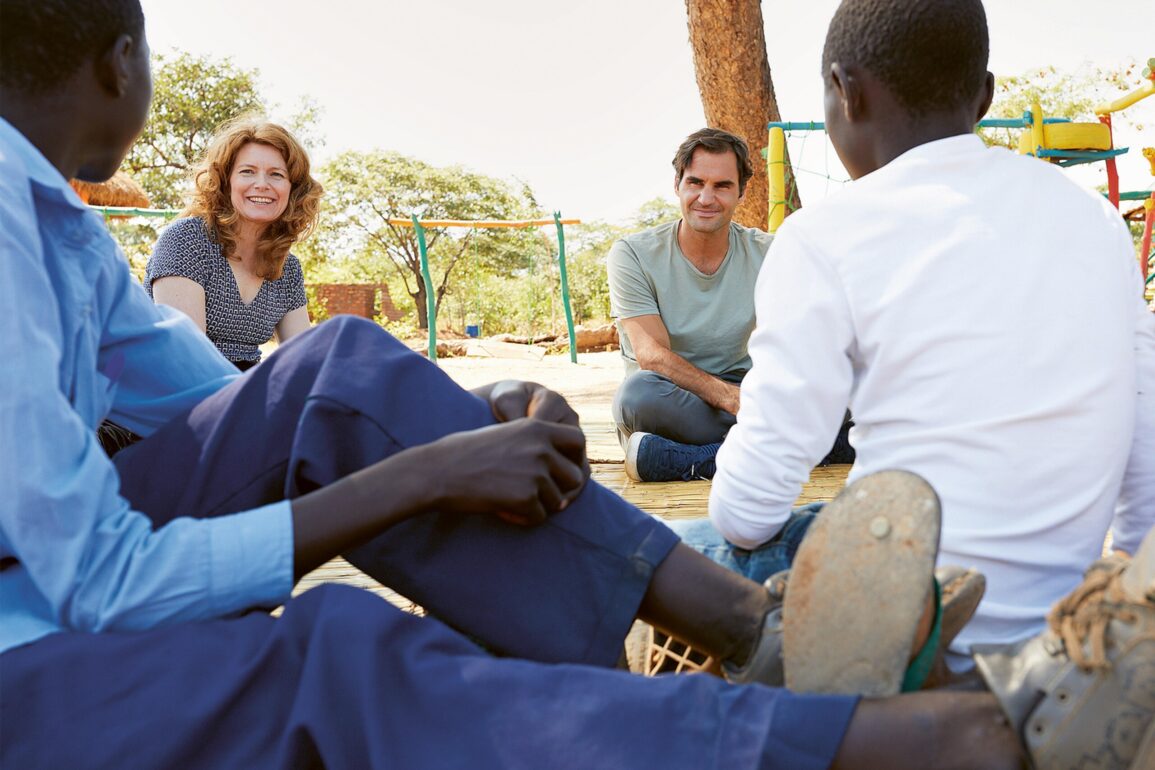 Doing good – and doing it well

Charity goes hand in hand with respon­si­bi­lity: the Roger Fede­rer Foun­da­tion shows why a charity’s impact is as important as its purpose.

‘If we manage to solve a problem at a cost of 100 million Swiss francs, that sounds good,’ says Janine Händel, adding, ‘but it’s better if we can solve it at a cost of 50 million.’ The CEO of the Roger Fede­rer Foun­da­tion sees chari­ties as being respon­si­ble for hand­ling the money entru­sted to them so that it has an impact. Why? Because they deprive the state of taxa­ble income. That said, their tax-exempt status is an assump­tion, she says, and chari­ties have to justify it, time and again. That’s why the Roger Fede­rer Foun­da­tion sets store by ensu­ring its work can be measu­red. ‘We need to strive to be as cost-effi­ci­ent and effec­tive as possi­ble,’ she says. ‘Our return on invest­ment is social, not finan­cial.’ The foun­da­tion has a profes­sio­nal set-up so that it can achieve this. Its work inclu­des a good deal of rese­arch and plan­ning, along with a healthy amount of inno­va­tion in terms of test­ing out new approa­ches. ‘Impactful chari­ta­ble work isn’t a sure-fire success,’ she says.

The impact of a charity’s founder

The man who estab­lished the foun­da­tion, Roger Fede­rer, serves as a guaran­tee that its work will be impactful. He heads up the Board of Trus­tees, and imbues it with his values. ‘Ever­yone has a strength, and our job is to promote it. The solu­tion lies in people them­sel­ves,’ says Janine Händel. People’s auto­nomy, and respect towards them, is key, she says. These are the problems, and the chal­lenges, facing experts, and also the reasons why the Roger Fede­rer Foun­da­tion hopes not to use its phil­an­thro­pic impact to force people towards its own solu­ti­ons. Instead, it stri­ves to assist people with analy­sing their problem, help them find a solu­tion, and aid them in putting it into prac­tice. Janine Händel menti­ons a project in Zimbabwe as an exam­ple. In a poverty-stricken region of the coun­try, mothers are mobi­li­sed and orga­nised into groups who purchase food and prepare school lunches. This self-help project is having a signi­fi­cant lever­aging effect, meaning that around 600 child­ren can enjoy a school dinner almost every day – and have been able to do so for the more than eight years that the project has been running. ‘Putting in an invest­ment of around 1,000 Swiss francs, we analy­sed the problem with the mothers and sket­ched out a solu­tion. We helped them to orga­nise them­sel­ves,’ says Janine Händel. If you calcu­late that each meal is worth 0.25 Swiss francs, these women have been provi­ding school meals amoun­ting to 20,000 Swiss francs a year, off their own bat. The foun­da­tion has defi­ned a clear prio­rity area for action so that it can use its modest budget in an impactful way: educa­tio­nal projects in the region of southern Africa. This also enables them to keep their admi­ni­stra­tive costs below ten percent. Its profes­sio­nal struc­ture also bolsters the foun­da­tion at an opera­tio­nal level. ‘Of course, it’s great if there’s a sense of harm­ony between the Board of Trus­tees and manage­ment,’ she says. ‘But you don’t want too much, because debate helps us gain analy­ti­cal skills and perspective.’

Chari­ties feeling the winds of change

Discus­sions at the socie­tal level are just as valuable. ‘How we under­stand the concept of charity is chan­ging,’ she says: this concept doesn’t need to be congru­ent with the defi­ni­tion of tax exemp­tion. Public enga­ge­ment with the topic could help people under­stand what chari­ties do. After all, Switz­er­land is home to 13,000 chari­ties, but the public have a very limi­ted under­stan­ding of their work. Apart from a few major chari­ties, many of them perform their acti­vi­ties out of the lime­light – and infor­ma­tion about them is scar­cely available. Janine Händel thinks that it’s the job of chari­ties to provide this infor­ma­tion. ‘We can do our home­work to an even better stan­dard, and commu­ni­cate more trans­par­ently. That would not just involve us talking about our expen­dit­ures and goals: we’d need to discuss our impact, too.’ At the end of the day, this would boost both trust and appre­cia­tion, enab­ling society at large to better under­stand chari­ties’ work and their impact alike.

Learn more about the Roger Fede­rer Foun­da­tion on stiftungschweiz.ch